Below Dr. Kollimar shares some comments about the experience.

During the first two weeks of February Dr. Tom Pajewski and I traveled to Vientiane, Laos for a medical mission trip organized by the Midwest Spine Institute (MSI). MSI was founded by Dr. Michael Hartman, a spine surgeon who trained under Dr. Chris Shaffrey, and who currently practices in Elkhart, Indiana. He has made over 30 mission trips to Laos over the last 10 years, and invited Dr. Pajewski and me along on this trip to perform the anesthetics for his complex spine operations.

Our trip started with a few days in Bangkok where we met up with the various members of the trip (Dr. Hartman, a scrub tech, an RN, a neurosurgeon, a family medicine doctor, and a Medtronic rep), made preparations including organizing a massive amount of medical and surgical supplies, and a little bit of sightseeing. We then took the short flight up to Vientiane where our mission work took place. Laos is a landlocked, relatively low-income country with significant portions of the population practicing subsistence agriculture with minimal access to advanced health care. Laos also has an interesting political history, as it was long held as a French colony, before gaining independence in the 50s, and subsequently turning to communism (and it is still technically Lao P.D.R). The country was a major supply path for the North Vietnamese and as a result was heavily bombed by US during the Vietnam War. Current relations are much better and the country is very accessible to Western business and tourist visitors.

Our clinical work took place at the Mittaphab (Friendship) Hospital, which is Laos’ major neurosurgical hospital. The first day consisted of clinic where potential patients were examined and evaluated. Remarkable was the fact that many of these patients had to travel into Thailand and pay out of pocket to have MRIs performed because of the poor quality and lack of access to MRI machines in Laos! The majority of the patients who we saw had tuberculosis affecting their vertebral bodies (Pott’s Disease), which can lead to near complete destruction of the bone and severe spinal deformity. As a result the operations we performed were directed at correcting these deformities, often requiring both an anterior approach for corpectomy (removal of vertebral body), as well as a posterior fusion. Two of the patients had procedures staged over the course of two subsequent days. We were lucky to have access to modern anesthesia equipment including monitors and ventilators, and there was a basic array of drugs available for our use, including some that I had never gotten the chance to use before such as sodium thiopental and pancuronium.

The operations we performed were complex, and some had a significant amount of blood loss. Luckily we did have access to banked whole blood, which was often donated by the patients’ family or friends the day before. When we were settled in the OR during a case it was almost hard to tell that we weren’t at UVA, but once we finished the case and rolled the patient outdoors in the sunshine in order to get to the ICU the differences became quite apparent. Remarkable was how many fewer nurses and ancillary staff were available, and how much the families were responsible for doing including bringing food and clothing, and even purchasing medications at the pharmacy and bringing them for the patients use. Every patient we took care of was very thankful for the care that we gave them, and the opportunity to receive an operation that they would have otherwise not had. And we learned to appreciate the almost limitless resources we have here in the U.S., while getting the chance to challenge ourselves by adapting to a new and different environment. In all, it was a great experience, and hopefully one that I can repeat again someday. 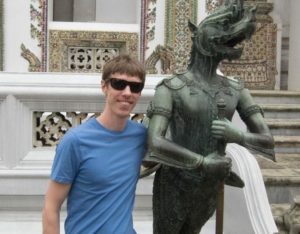 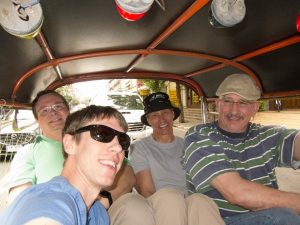 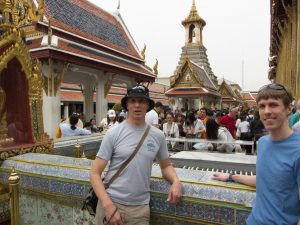 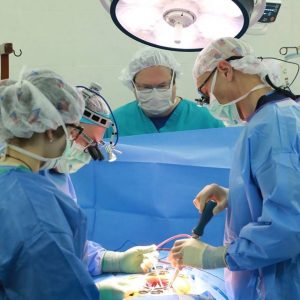 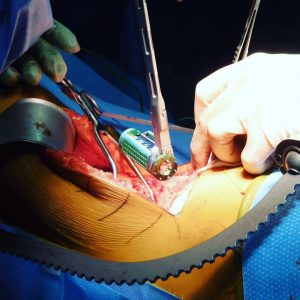