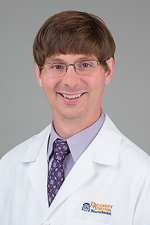 Dr. Cohee is originally from Harrisonburg, VA.  He attended college at William and Mary where he studied physics. After college he moved to Norfolk, VA, for his medical education at Eastern Virginia Medical School.  It was there that he found his passion for primary care.  This led him to Bristol, TN where he completed his residency in Family Medicine and served as a Chief Resident. After finishing his residency training he joined the faculty at East Tennessee State University.  In 2016, he moved to Charlottesville and joined the faculty at UVA.  During his career he has received several awards for teaching as well as been inducted into the Gold Humanism Honor Society for patient centered care.