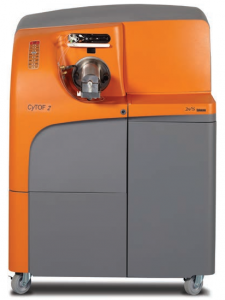 With over 100 detection channels and over 30 isotopic metal probes, CyTOF Helios simplifies panel design and unlocks the functional and phenotypic complexity of biological systems at the single cell level.

Consult the facility for metal combinations, appropriate controls, and other considerations prior to designing your experiment.