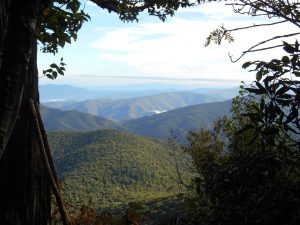 September is the time of year when we are amazed that the summer is over so soon.  This was especially true this year, since we still had temperate weather with no fall rains until late in the month.  Most of us embraced the opportunity to enjoy some time away from work while the weather was still fair, and recharge for the next plunge into lectures, webinars and traineeships.  Which explains (along with the picture above) why our September e-journal club was behind schedule.

Nutrition support was started on POD #1 and continued until patients were able to take an oral diet that met 60% of goals. Nutrition goals were based on 30 kcals/kg and 1.5 gm protein/kg.  EN was started at 25 ml/hr and increased by 25 ml/hr every 24 hours until the goal rate was reached.  EN was infused for 20 hours/day and then saline for 4 hours (no reason for 20-hr cycle stated) and PN was infused continuously.  Patients defined as malnourished received preoperative immunonutrition according to the guidelines of the French Society of Digestive Surgery and center practice.

The primary outcome of the study was the incidence of postoperative complications (from the day of the procedure through discharge).  Secondary outcomes included the occurrence of infectious complications, pancreatic fistula grade B/C, postpancreatectomy hemorrhage grade B/C, delayed gastric emptying, the Comprehensive Complication Index (CCI), LOS, and 30-day and 90-day mortality rate. Additional factors recorded were time to first flatus, time to start of oral food, weight, BMI, Nutrition Risk Index, serum albumin and prealbumin.  Success of EN was defined as insertion of a nasojejunal feeding tube, delivering at least 50% of nutritional needs by POD #5, and no parenteral nutrition for ≥72 consecutive hours.

Sample size calculations for a 19% absolute reduction in postoperative complications with a type I error level of 0.05 and a statistical power of 0.80, required 105 patients in each group.

No specific exclusion criteria were described in the article.

There were 237 eligible patients, 212 were randomized to either EN or PN, with data from 204 patients ultimately analyzed.  Baseline characteristics, operation type and the percentage of patients who received preoperative immunonutrition (34%) were comparable between groups. The most frequent reason for the operative procedure was adenocarcinoma. The mean duration of nutritional support was 11.6 ± 22.9 days in the EN group and 14.2 ± 13.9 days in the PN group.

Successful EN was achieved in 63% EN patients, with 37% of patients in the  EN group receiving < 50% of nutritional needs by POD #5 and receiving PN for at least 72 consecutive hours and 1 patient not receiving an NJ tube intraoperatively.  Mean energy intake was significantly higher in the PN group than in the EN group (26.0 vs 14.5 kcal/kg/day, P < 0.0001), although there was no statistically significant difference in protein intake (protein amounts not stated).  There was no significant difference between groups in the time to first flatus (7.7 days EN vs 5.5 days PN).  However, the decompressive NG tube was removed significantly earlier in the PN group compared to the EN group (8.5 days PN vs 11.4 days EN, p = 0.001), and the PN group started oral intake significantly sooner than the EN group (9.2 days PN vs 12.6 days EN, p= 0.001).

“…Nasojejunal EN was associated with increased overall postoperative complications rate in patients undergoing PD. The frequency and the severity of POPF were significantly increased after nasojejunal EN. In terms of safety and feasibility, nasojejunal EN should not be recommended in patients undergoing PD…. in the era of ERAS, the concept of selective indication for artificial nutrition rather than routine use should be discussed. Future randomized studies should test this hypothesis by comparing outcomes of early oral feeding with routine use of artificial nutrition”

The strong points of this study include the multicenter design and the fact that patients had a similar diagnosis and procedure on a similar anatomical area.  However, it is not practical/feasible to conduct a double-blind study comparing EN to PN and a number of the study outcomes can be influenced by subjective/clinical judgement.

Our group had a number of question and concerns about the nutrition support protocols and clinical practices, at least in terms of how the results might apply to our patients.  Certainly, the EN feeding rate and progression was very conservative, so it is not surprising that the EN group received significantly less calories and < 2/3 of the EN group met the definition of successful EN.  In addition, there was no mention of the type of EN formula used, or the use of any protein supplements, and it completely unclear how the EN group received significantly less calories than the PN group, but still receive similar protein.  Studies of nutrition support should include full disclosure of the amounts of nutrients provided (including protein), and types of formulas used.

The fiber/FODMAP content of the EN formula would also be interesting (and any possible use of probiotics in the EN group) considering the surprisingly high incidence of ischemic bowel (at least 4%) in the EN group.  Additionally, it is important to remember that many patients had underlying disease and operative procedures that may have resulted in compromise pancreatic exocrine function or digestive compromise.  If patients did not receive an appropriate semi-or full-elemental formula, the resulting malabsorption would potentially increase GI symptoms and slow motility via the ileal-brake mechanism.1

The use of NG suction for such an extended period is especially surprising, and quite unlike the care our patients receive today.  The ERAS data has suggested that earlier NG removal is one of the keys to earlier GI recovery.  Considering that there was no difference in time to first flatus between groups, it is surprising that the EN fed patients had NG suction for so long.

In terms of the mortality differences reported, it is important to remember that the study was not powered (not enough patients enrolled) to reliably study mortality. The number of patients enrolled was marginal even for postoperative complications, and only 2/3 of the EN patients received only EN. It would take a much large study to determine if the mortality difference was real or related to chance alone.

The authors do appropriately mention the limitations of this study in regard to how ERAS protocols are changing practice and may influence the take-home significance of these results.  Additionally, they mention in their conclusions the limitation that there was no comparison to patients that were allowed to take food by mouth.

PS – Please feel free to forward on to friends and colleagues.