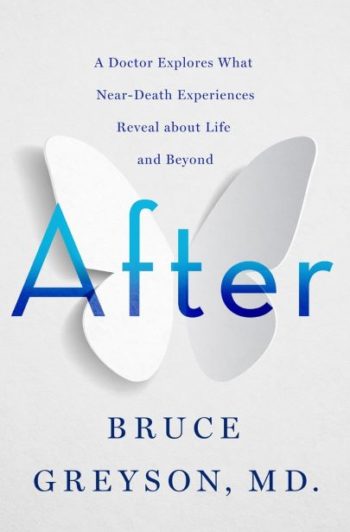 After: A Doctor Explores What Near-Death Experiences Reveal About Life and Beyond

What happens when we die? Approximately 10% of people whose hearts stop report near-death experiences (NDEs). Stories of lights, tunnels and loved ones have been relayed — and dismissed — since ancient times. But when Dr. Bruce Greyson’s patients started describing events that he could not just dismiss, he began to investigate.  In After, he shares the transformative lessons he has learned over four decades of research. 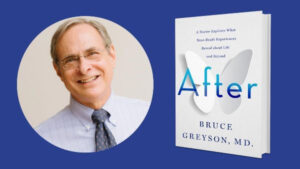 In this book, Dr. Greyson challenges us to consider what NDEs can teach us about the relationship between our brain and our mind, expanding our understanding of consciousness, and of what it means to be human.

“This very captivating book by Dr. Bruce Greyson chronicles his personal, spiritual and professional quest to understand the meaning of near-death experiences. His long-awaited and amazing book is a major contribution to the study of what happens when we die, and will quickly prove to be a classic in near-death studies.” ~Raymond Moody, MD, PhD, Author of Life After Life

Journalist Gideon Lichfield wrote an article on near-death experiences that appeared in “The Atlantic Magazine”, titled, ” The Science of Near Death Experiences-Empirically investigating brushes with the afterlife“, April, 2015. 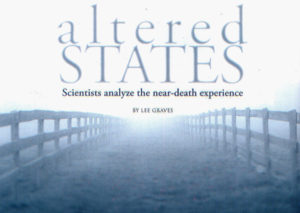 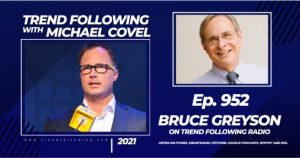 TREND FOLLOWING with MICHAEL COVEL. Bruce Greyson reveals his journey toward rethinking the nature of death, life, and the continuity of consciousness.  Cases of remarkable experiences on the threshold of death have been reported since ancient times, and are described today by 10% of people whose hearts stop. Medicine has generally ignored these “near-death experiences,” dismissing them as “tricks of the brain” or wishful thinking. Greyson began to investigate after his patients started describing events that he could not ignore. 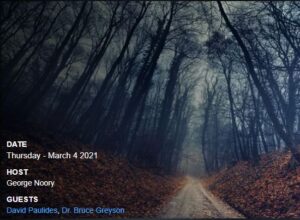 Bruce Greyson Interviewed on “Coast to Coast”:  Popular radio host George Noory interviewed Dr. Bruce Greyson about his NDE Research. “Almost every experiencer that I’ve talked to has said they are no longer afraid of dying after their near-death experience”-Bruce Greyson

Red River Radio/NPR, Illuminations: Near-Death Experiences. Ranae Moran and Dee Anne Phillips will explore the subject of near-death experiences with leading experts Dr. Bruce Greyson and Dr. Gary Habermas. More on the topic can be found in Dr. Greyson’s newly released book, “After,” and “Beyond Death”, by Dr. Habermas (March 7, 2021).

WUNC/The People’s Pharmacy: How Near Death Experiences Transform People’s Lives. People who report near death experiences often find that their lives have changed instantly and permanently, with new values and no fear of death. Joe and Terry Graedon are the hosts. 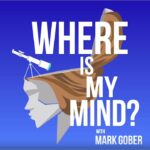 What Near-Death Experiences Show About Our Brains And Our Beliefs  –The State of Things, North Carolina Public radio, WUNC, hosted by Frank Stasio.  In 2017, Dr. Bruce Greyson discussed his research into Near Death Experiences on the NPR program The State of Things . Host Frank Stasio interviewed Dr. Greyson about his NDE research along with Susan Amsden, a group leader of the International Association of Near-Death Studies  in Durham, NC. 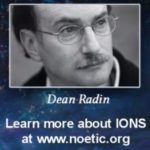 Listen to Dr. Bruce Greyson in a recent radio interview on Minnesota Public Radio- A glimpse of the afterlife through near-death experiences. In 2015, Dr. Bruce Greyson did a live radio interview on MPR along with journalist Gideon Lichfield.  Mr. Lichfield wrote an article on near-death experiences that appeared in “The Atlantic Magazine”, titled, ” The Science of Near Death Experiences-Empirically investigating brushes with the afterlife“.

Listen to Dr. Bruce Greyson discussing Near Death Experiences in an interview from November, 2006,  hosted by Sarah McConnell on the award winning public radio program With Good Reason.