Other Types of Experiences We Study

Types of Experiences We Study

The staff of the Division welcomes information about experiences of the types listed below. We are very careful to maintain confidentiality and routinely use pseudonyms when publishing Western cases that may be easily traced. The identity of persons reporting experiences to us will not be made public in any way without the express written permission of the person(s) involved. We would like to have first information about experiences sent to us via e-mail or by U.S. Mail, preferably typed (see lower left corner of this page for address). Please do not send cassettes with accounts recorded on tape or long manuscripts. The staff may request more details, and informants should be willing to cooperate in a further investigation of the experience reported. The small size of our staff, however, sometimes makes it impossible for us to investigate every experience brought to our attention.

(Please note, we cannot provide therapeutic or counseling services via email, telephone, or correspondence to individuals who are made anxious by unusual experiences.) 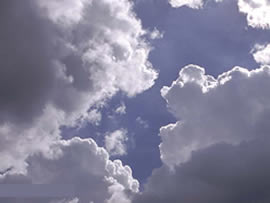 Many persons have the experience of seeming to be located in space away from their physical body. One survey showed that 15% of those questioned have had such an experience at least once during their lifetime. Some persons having this experience report that from a position above their body they could look down on it and observe its condition. This experience occurs in more than 65% of persons who come close to death and survive.

The experience of being out of the body also occurs to many persons who are not near death. Some are fatigued or mildly ill, but others are in good health.

Although many of these experiences do not suggest any paranormal process, two features that sometimes occur do suggest such a process. First, some persons report that while they were “out of the body” they went some other place, sometimes a distant one, outside the range of their normal senses, and there observed (and later reported) events, such as a conversation between two persons, that they could not have learned about normally. Second, in a small number of cases, the person who reports having been out of his or her body may be perceived by another person at the place where the first person said he or she had gone. These latter cases are called “reciprocal.”

A small number of persons claim to be able to have an out of the body experience voluntarily. Such persons may be suitable for experiments which might demonstrate a paranormal process.

On our Recommended Books page there is a list of books about out-of-body experiences.

If you would like to share an OBE of this type, or any type, with us see Contacting Us

The kinds of apparitions we are particularly interested in are often referred to as “crisis apparitions.” “Crisis apparition” is a term that we use to describe a wide range of experiences occurring at or near the time that a distant loved one or acquaintance was dying, involved in an accident, or experiencing some other unexpected event. For example, many people have reported that they have seen a lifelike apparition of a friend or relative at about the time that that person was dying or involved in an accident, although the person experiencing the apparition had had no normal way of knowing about this event at the time. Similarly, other people have reported having had a vivid dream, hearing a loved one’s voice, or feeling an unusual physical sensation or emotion at a time coinciding with an unexpected death or other event.

These kinds of experiences were intensively studied by scientists during the late 19th century, and hundreds of cases were reported. Unfortunately, in recent decades most parapsychologists have shown little interest in studying such phenomena, and not many contemporary experiences of this kind have been reported. We believe, however, that they may be just as common now as they were 100 years ago, although we rarely hear about them, perhaps because most people who have an experience of this kind tell few other persons about it. We have learned about a few such cases in recent years, and we would like very much to learn about others. See Contacting Us.

We would also be interested in learning about after-death communications in which verifiable information is communicated that could not have been obtained otherwise.

For those interested in further reading on these topics see the Apparitions and Hauntings and the After-Death Communications sections of our Recommended Books page.

As the term implies, “deathbed visions” are those visions or other experiences that a dying person may have in the minutes, hours, or days before his or her death. (Near-death experiences, in contrast, are experiences that occur to an ill or injured person who ultimately recovers.) Family members or hospital personnel may report that a dying person, previously weak or even comatose, suddenly revived, sat up, stared at a corner of the room, and called out the name of a deceased loved one. In other instances dying persons have described seeing or hearing other persons not physically present (and usually deceased), or other beings, at their bedside. In rarer cases, a bystander has had such a vision, either alone or simultaneously with the dying person.

There has been very little systematic research on this phenomenon, but conversations with hospice nurses and other persons suggest to us that such deathbed visions may be more common than we now recognize. Furthermore, the little research that has been done suggests that such visions

may not be related to the hallucinations that drugs, fever, and certain illnesses can produce, and that drugs and fever may even inhibit rather than generate them.We would be happy to hear about any cases of this type that you know of. See Contacting Us.

There are a few books that have been written on the subject. See the Deathbed Visions section on our Recommended Books page.