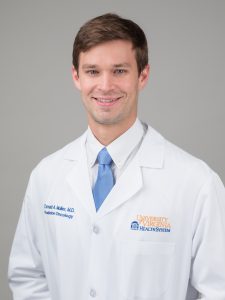 Don is currently a fourth year resident in the Radiation Oncology program. He is from New Orleans, Louisiana and attended Louisiana State University in Baton Rouge, where he received his undergraduate degree in Biological Sciences. He returned to New Orleans for medical school, at the Louisiana State University Health Sciences Center, and graduated in 2016. He completed his prelim year in Internal Medicine at LSU. He chose the field of radiation therapy in order to serve such an incredible patient population, and he is very excited to carry out his training at UVA. His hobbies include running, fishing, and golf.