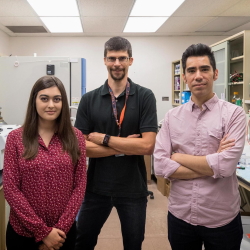 Cells that scientists have largely ignored when studying multiple sclerosis are actually key contributors to MS development, new research from the University of Virginia School of Medicine shows. The discovery suggests new avenues for devising treatments and is a vital step toward finding a cure.

It has been thought that these progenitors do not efficiently give rise to myelin-producing cells in people with MS. But UVA’s Alban Gaultier and his team made the surprising discovery that the cells are also actively participating in the immune system’s harmful attacks on myelin.