Consciousness Unbound: Liberating Mind from the Tyranny of Materialism 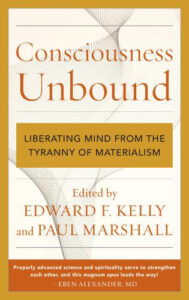 Building on the groundbreaking research of Irreducible Mind and Beyond Physicalism, Edward Kelly and Paul Marshall gather a cohort of leading scholars to address the most recent advances in the psychology of consciousness. Currently emerging as a middle ground between warring fundamentalisms of religion and science, an expanded science-based understanding of nature finally accommodates empirical realities of spiritual sorts while also rejecting rationally untenable over beliefs.

The vision sketched here provides an antidote to the prevailing postmodern disenchantment of the world and demeaning of human possibilities. It not only more accurately and fully reflects our human condition but engenders hope and encourages ego-surpassing forms of human flourishing. It offers reasons for us to believe that freedom is real, that our human choices matter, and that we have barely scratched the surface of our human potentials. It also addresses the urgent need for a greater sense of worldwide community and interdependence – a sustainable ethos – by demonstrating that under the surface we and the world are much more extensively interconnected than previously recognized. 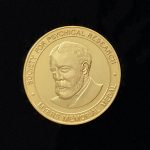 Edward F. Kelly Ph.D., is the 2020 recipient of the prestigious Myers Memorial Medal.  The medal is awarded by the Society for Psychical Research on an occasional basis to those who have made significant contributions to the field.

Brains are not mindless. Mental causation and the “unmoved mover” (free will) are not illusions. Human beings have a spiritual aspect. There is more to ultimate reality than just physical particles in fields of force. In Consciousness Unbound, a collection of disciplined scholars— scientists and humanists—defend those propositions and argue that the scientific materialist account of what is really real is incomplete. If you have ever pondered the mysteries of the mind–body problem, Consciousness Unbound is the book for you.

Properly advanced science and spirituality serve to strengthen each other, and this magnum opus leads the way! This third book in a trilogy (so far!) offers a well-supported consolidation of empirical data and theoretical frameworks to help usher our world from the bleak and paltry fiction of physicalism into a far better supported model of the universe in which mind is primordial, and human will influences the universe-at-large. This masterpiece illuminates a rational path forward that will favorably support the best of human potential.

-- Eben Alexander III, MD, Neurosurgeon and author of "Proof of Heaven" and "The Map of Heaven"