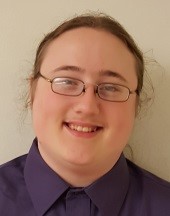 My work focuses on the human gut commensal bacteria, Clostridium scindens. This bacterium is of interest because of its ability to break down primary bile acids in the gut to secondary bile acids which are important signaling molecules.  Previous work in the lab has shown that mice that are colonized with C. scindens are protected from infection with gut parasite E. histolytica. We observed that protection was associated with an increase in neutrophils to the gut at the time of the infection, but not prior, suggesting that C. scindens is modulating the neutrophil responses to subsequent infections. Given the short life span of neutrophils we hypothesized that this modulation was occurring in the progenitors in the bone marrow. Indeed, we observed protection from E. histolytica in lethally irradiated mice when they received bone marrow from mice colonized with C. scindens. Furthermore, additional experiments revealed epigenetic changes present in Granulocyte Monocyte Progenitors, bone marrow cells that give rise to neutrophils, that favor neutrophil development. Finally, we observed increases in secondary bile acid Deoxycholic Acid (DCA) in the serum of colonized mice, and that DCA alone could modulate neutrophil responses and provide protection from E. histolytica.  My project in the lab is twofold 1.) to understand how C. scindens is communicating to the bone marrow to modulate neutrophil responses focusing on DCA as an important mediator and 2.) I hypothesize that this phenotype is not localized to the gut, but rather would play a role in any infection where neutrophils are important. In this light, I am interested in the role of C. scindens and secondary bile acids in Respiratory Syncytial Virus (RSV) infection an affliction where neutrophil influx is closely linked to severity with the hypothesis that gut colonization will worsen pulmonary outcomes.

In This Section
Menu
Division of Infectious Diseases & International Medicine