How Losing Half My Hearing Saved My Life

How Losing Half My Hearing Saved My Life

Bill Tricarico woke up one morning and couldn’t hear out of his right ear. What the doctors found sent him on a surprising journey that ended up saving his life.

For no reason at all, Bill Tricarico woke up one morning without hearing in his right ear. He went to an ear, nose, and throat specialist who tried without success to solve the issue. “You might have a brain tumor,” the doctor suggested. “You should get an MRI.” 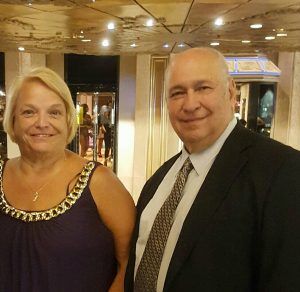 To everyone’s relief, the MRI didn’t show any signs of a brain tumor. But, the radiologist saw something else: A void that was most likely a brain aneurysm. A CT scan with contrast dye confirmed the diagnosis, and Bill and his wife Phyllis were reeling.

“You need to get this taken care of right away. It’s life threatening,” the doctor told Bill, and referred them to Dr. Mary Jensen at UVA. The curious thing was, Bill’s hearing loss had nothing to do with the brain aneurysm.  “My hearing became a very small problem,” he said. “I had a brain aneurysm. I’d known people who had aneurysms that burst, and they either died or had a stroke that debilitated them greatly. So I knew what would happen if I just let it go.” He scheduled an appointment with Dr. Jensen for Monday, just three days later.

Monday came, and the Tricaricos arrived at the UVA Hospital and were taken to the Radiology and Medical Imaging Department. Filling out paperwork, Bill noted with surprise: “Why aren’t I in a surgeon’s office?” He thought, “Oh no! They’re going to take more pictures!” He was frustrated. “All I could think about was the ticking time bomb in my head. Why do they need to do this again?” he protested. 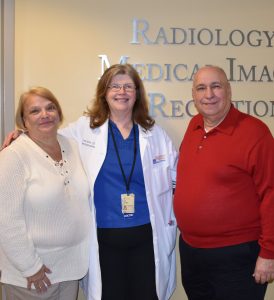 But it soon became clear to Bill and Phyllis why they were not in a surgeon’s office. Patty, the Family Nurse Practitioner, came in and explained that Dr. Jensen specializes in a minimally-invasive procedure for brain aneurysms. She also walked them through what would happen. First, Dr. Jensen would insert a catheter through the groin. Using imaging like a map, she would maneuver the catheter up to the brain. Next, she would fill the aneurysm with platinum coils to block the blood supply. Finally, Bill would spend the night in the ICU under observation and then return home the next day. The recovery time would be minimal and the only pain would be mild discomfort from the catheter.

Bill remembered the experience. “Patty started talking about the procedure, constantly bringing up Dr. Jensen’s name and how much faith I should have in her. About 20 minutes later, the fear of the unknown was gone. I wasn’t happy about it, but I knew what I was facing. Patty did it all in a non-condescending manner. She spoke to me one-on-one—very frank, very open—about exactly what they would do the moment I came to the hospital the day of the procedure, to the moment I left.”

When Dr. Jensen came into the room, Bill said, “I had no doubt I had the right doctor. She came in with an air of confidence about her. I realized very quickly that she had done this procedure many, many times. But at the same time, she didn’t make me feel like I was on an assembly line.” Phyllis said, “No question was ridiculous. Whatever concern I had was addressed and it wasn’t treated like it was a stupid question to ask. It was just as important as anything else.” 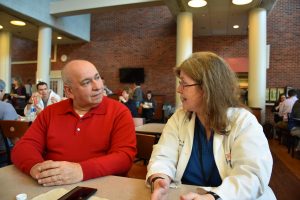 Dr. Jensen explained what was going to happen during the procedure, but she also told Bill that he had a choice. He could go to a surgeon’s office where they would drill a hole in his skull and clip the aneurysm. However, once they had clipped the aneurysm, there would be no follow up studies such as MRA. With Neurointerventional Radiology, Bill would have yearly follow ups for five years. Dr. Jensen and Patty both encouraged the Tricaricos to go home, think about the options, and call with any questions. On the drive home, Bill thought of several questions and called the office to ask for Patty. “Patty is gone for today, but here’s her cell number,” Joyce, the receptionist, told him. “Oh no, I don’t want to bother her,” he said. But Joyce insisted. “Patty’s orders,” she said. Bill continued, “I called Patty and she was at the store shopping, but she stopped and answered all those questions for me. Phyllis and I were very impressed.”

Bill and Phyllis decided to have the procedure done at UVA Radiology and Medical Imaging. They scheduled it for two weeks later. According to them both, it was the longest two weeks of their lives.

On Mortality and Retirement 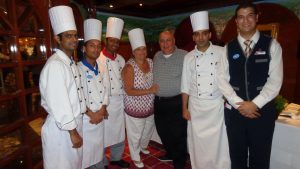 The day of the procedure, the Tricaricos made their way to the UVA Radiology Department. “That morning, I was very anxious about everything that was going to happen to me that day. The nurse who admitted me was fantastic. She really helped calm me down.”

The procedure went as planned, and Bill woke up in the ICU surrounded by family. The next morning, Dr. Jensen came into his room and showed pictures of the entire procedure, how they put the catheter in and the platinum coils

now filling the aneurysm. Bill asked Dr. Jensen, “How long have you been doing this kind of procedure?” “For twenty-five years,” she said. “And in those twenty-five years, not a single aneurysm has burst post-operation. And don’t you dare be the first!” she laughed.

For Bill, this traumatic event unglued his life goals. “I saw my mortality,” he said. “I looked at how much I was travelling—over 100 nights in hotels and over 50 airline flights every year— 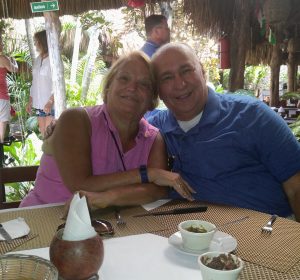 and how I was always on the go, always running around, with huge responsibilities within my company. I had a granddaughter, and I wanted to be part of her life. So I gave my boss six months of notice and retired.”

Since retirement, Bill and Phyllis have gone on three cruises, watched the New York Yankees spring training in Tampa, visited Syracuse, NY where Bill used to work, and vacationed in Long Island where they used to live. They also welcomed their second granddaughter into the world.

And the real kicker to the story? Four months after Bill had his aneurysm filled, his hearing came back. Just like that. “It’s like someone was telling him, you need to see a specialist,” said Phyllis.

The Tricaricos are immensely grateful to Dr. Mary Jensen who performed Bill’s procedure, to Patty who patiently took the time to answer every question, to Joyce who seamlessly worked out the scheduling details, and to the many nurses, receptionists, and technicians who cared for Bill so well during his time at UVA Radiology and Medical Imaging.