When Richard Zantow completed his sixth and final round of radiation therapy, the staff in Nuclear Medicine baked cupcakes, blew up balloons, and prepared a giant crockpot full of meatballs. 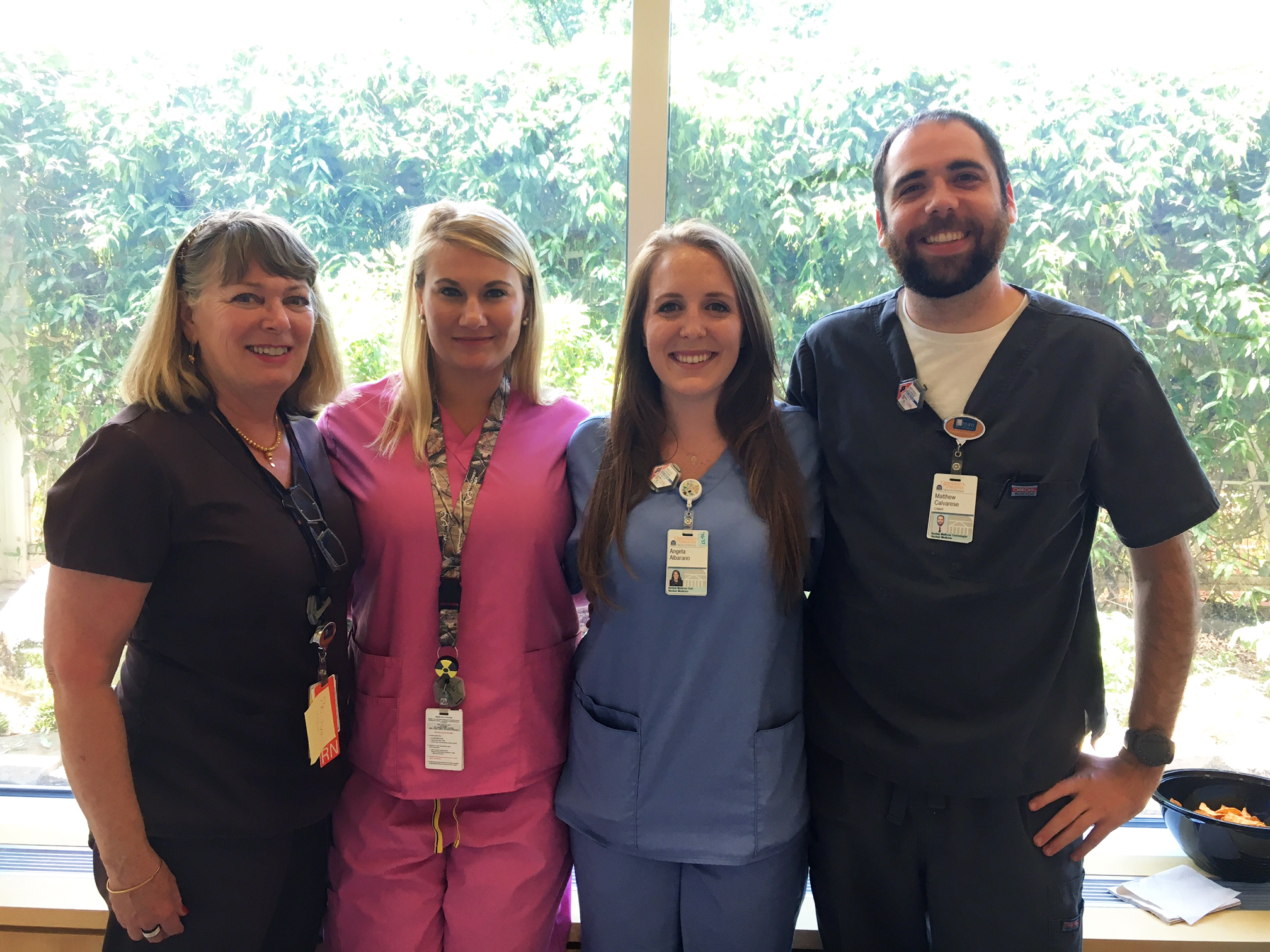 Technologist Angela Albarano ran into the control room. “He’s here!” she announced, and everyone jumped into action. The staff trooped single-file to the waiting room carrying cupcakes, meatballs, chips, and cheese, cheering and clapping as soon as they saw Mr. Zantow.

Mr. Zantow has prostate cancer that has metastasized, or spread, to the bones. This often causes debilitating pain.

The radiation therapy he’s receiving at UVA Nuclear Medicine consists of consecutive injections of Xofigo, a drug used for individuals with prostate cancer that has become resistant to medical or surgical treatment and has spread to the bones. In some cases, Xofigo can help extend the life of the recipient and has a solid track-record of improving quality of life.

This was certainly the case for Mr. Zantow. “As far as results go, you can’t beat this,” he said. “Before I started these treatments I was not doing well. I was in pain all the time. I measure the success by the amount of pain medication I take, and it’s plummeted.” 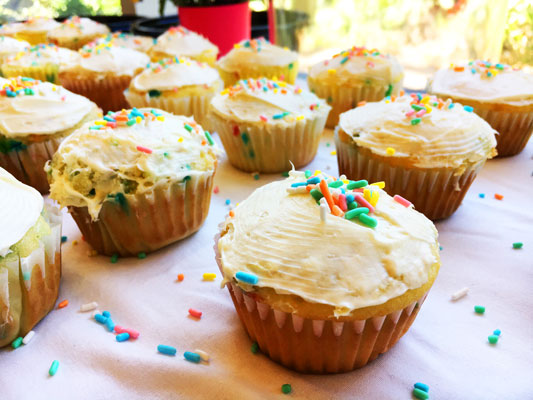 The small celebration organized by some of the staff attracted many other staff members who came and congratulated Mr. Zantow, talking and laughing with him. When asked what he thought about the party he said, “This is a shock to the system!” He told those around him, “I hope everybody gets to enjoy it because you all have made my life much more enjoyable in these recent months.”

The Nuclear Medicine staff is quite fond of Mr. Zantow and the feeling is certainly mutual. “Because of the nature of [my condition] I get around to different areas of the hospital. This is my favorite place,” he said. 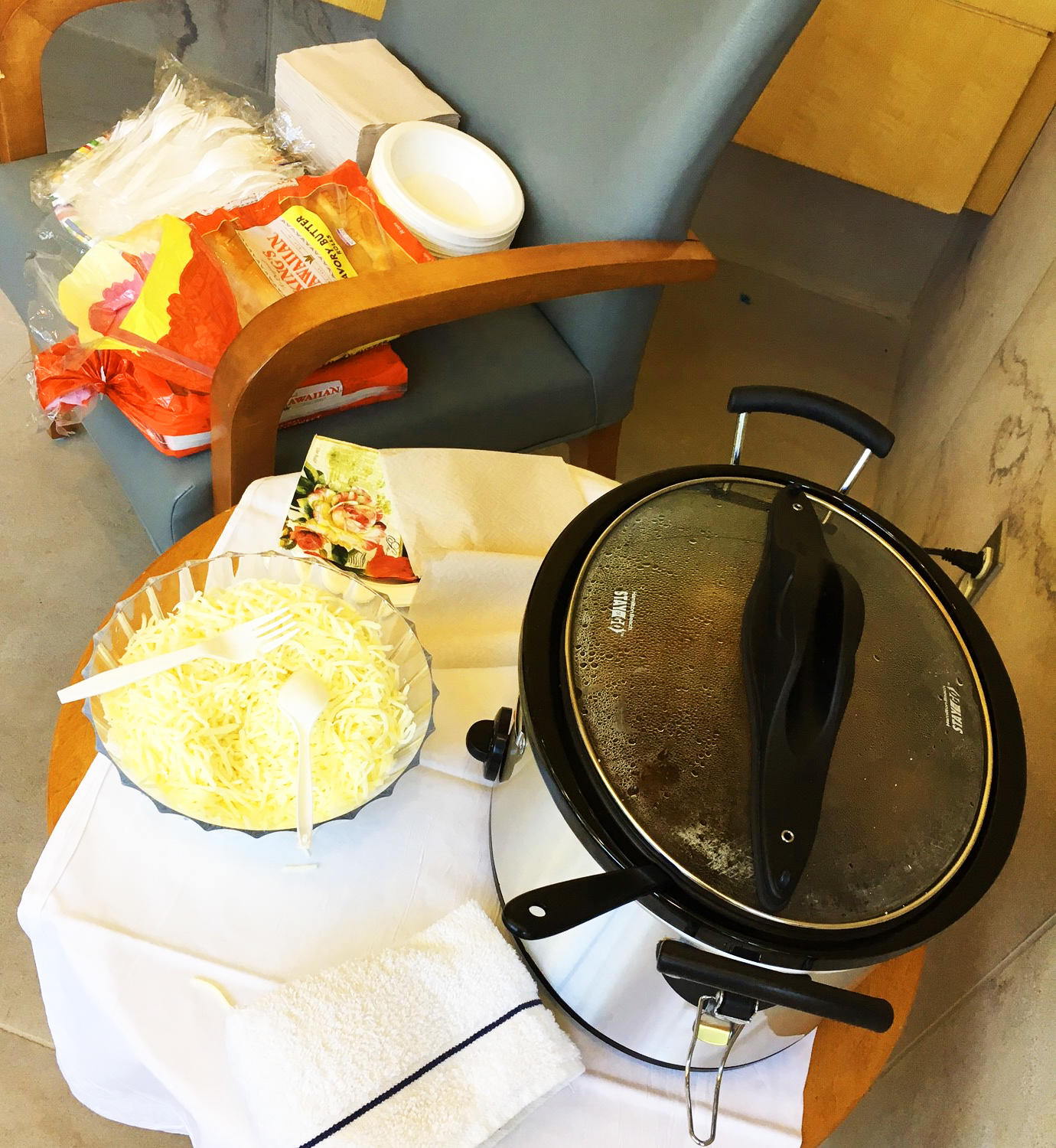 Mr. Zantow came to Charlottesville in 1978. “When we moved,” he said, talking of himself and his wife, “we had criteria. It had to be a college town, it had to have nice weather, and we both wanted hills.” Charlottesville fit the bill.

After the move, Mr. Zantow took a job as a proofreader. When he aced a computer aptitude test administered by his company, he launched his career as a computer programmer. “It was a tremendous break,” he said.

Helen Keller once said, “Although the world is full of suffering, it is full also of the overcoming of it.” And this is exactly what Mr. Zantow and the Nuclear Medicine staff are doing; celebrating small but very important victories in the midst of difficult times. 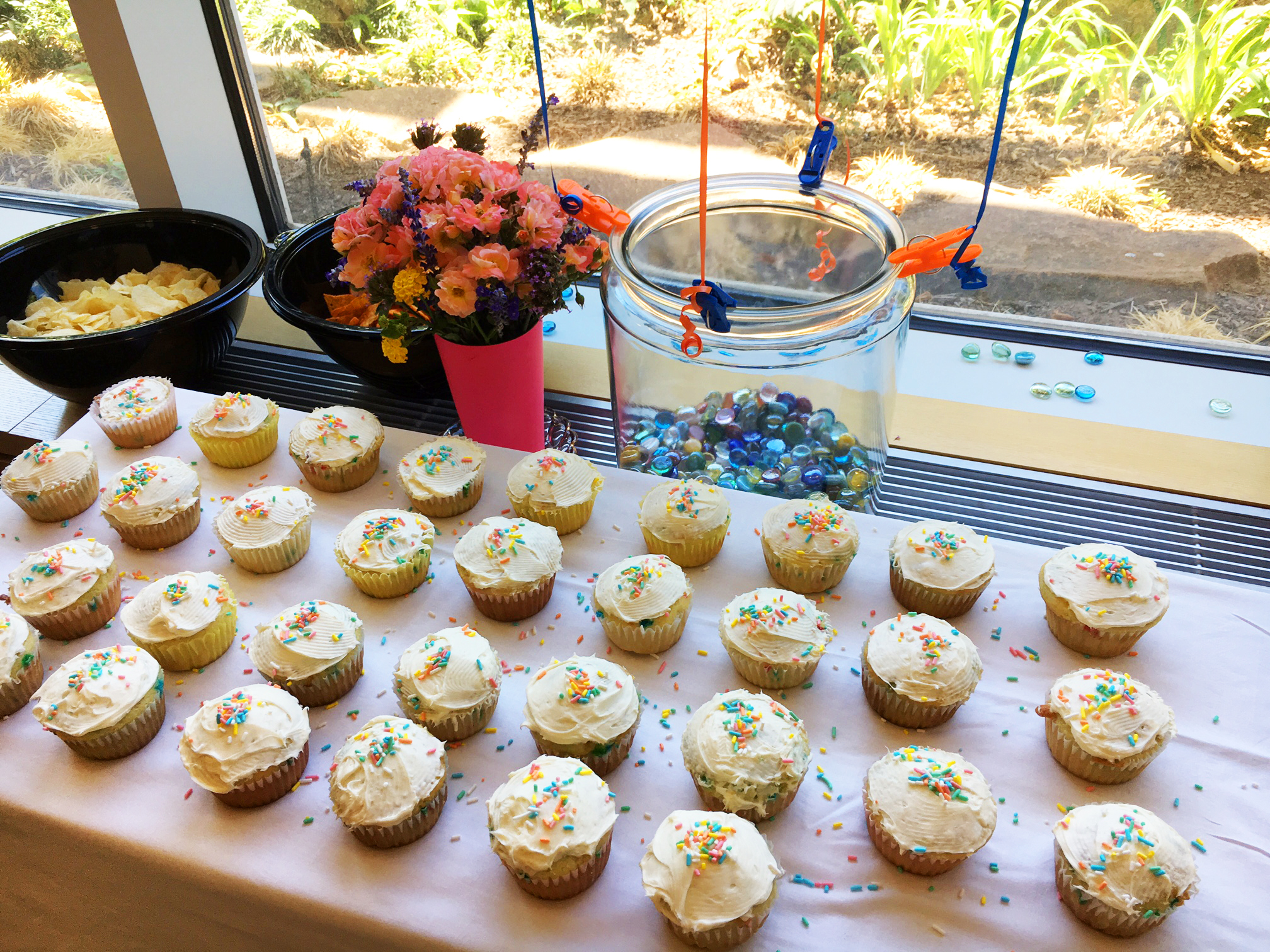