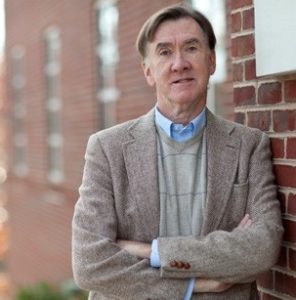 Research in my laboratory focuses on studies of insulin action and how insulin’s action is altered by insulin resistance, obesity, and diabetes mellitus. Specific studies currently underway involve measurement of the action of insulin to regulate its own delivery to skeletal muscle by acting on endothelial cells and smooth muscle cells. Insulin relaxes smooth muscle cells associated with terminal arterioles and dilates microvascular vessels to enhance tissue perfusion thereby increasing the delivery of both insulin and glucose to the tissues. This vasodilator effect appears to be secondary to insulin’s action on the endothelial cell to increase the production of nitric oxide via the activation of the enzyme nitric oxide synthase.

We have also demonstrated a second effect of insulin on the endothelial cell. This involves insulin promoting its own uptake at the luminal surface of the endothelial cell and which then transports the insulin across to the ablumenal surface of the cell where it is released and becomes available to act on target tissues like adipocytes and myocytes. We have experimental evidence that both the ability of insulin to cause smooth muscle relaxation and to promote its own transport are impaired in states of insulin resistance (e.g. obesity, type 2 diabetes). This step involving insulin transport across the endothelium appears to be the rate limiting step for overall insulin action on skeletal muscle (which is the major target tissue for insulin-mediated glucose disposal).

We are also studying how these processes are affected by the action of other growth factors (growth hormone and IGF-I). A major hypothesis which we are exploring is that a significant fraction of the insulin resistance which is encountered in skeletal muscle in states like obesity, diabetes, and hypertension is attributable to impaired action of insulin on the microvasculature in addition to any effect on the muscle cell per se.

Our research is supported by: