UVA School of Medicine is a friendly, welcoming learning community where students learn not only the art and science of practicing medicine, but also develop personally. Students can find a wide range of activities to match their interests, including research opportunities, hands-on clinical experiences, and student organizations. And when it’s time to relax, the Charlottesville area offers numerous festivals and events, easy access to outdoor activities, great restaurants, and robust arts and crafts communities. Our students feel at home here.


The City of Charlottesville is located in Central Virginia, approximately 100 miles southwest of Washington, D.C. and 70 miles northwest of Richmond, Virginia. Charlottesville serves as the economic, cultural, and educational center of a multi-county region in Central Virginia. It includes many of the advantages of a much larger community, including theater, dance, and musical performance, art exhibits, and opportunities for swimming, tennis, skiing, hiking, canoeing, and other sports. Nearby attractions include Thomas Jefferson’s home at Monticello, James Madison’s home Montpelier, and James Monroe’s home Ash Lawn.

The City of Charlottesville, locally known as “C’ville”, is consistently ranked one of the best places to live in the United States and is home to a diverse population. In 1998, it became the smallest city in the U.S. to have an International Refugee Committee Site and has embraced refugees from more than 25 countries including Bosnia, Togo, Uzbekistan, Bhutan and Myanmar (formerly Burma). A large migrant population from South and Central American also contribute to an international community within the city.

Please also refer to the Graduate Guide, for more information on these and other aspects of life in Charlottesville.


You couldn’t ask for a better place to live and study than in the Washington metro area.  You’ll enjoy the area’s many museums, historical landmarks, art galleries, multi-cultural dining, professional sports venues, entertainment and shopping.  Public transportation is inexpensive and convenient via the area’s vast Metro rail system, so getting around is easy. 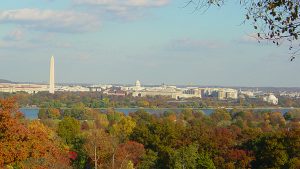 From city to suburbs, all is within reach and the diversity of community living options allows for students to choose where they will grow and benefit the most. There is a robust offering of housing within walking distance of the Inova Fairfax Medical Campus and a very short distance away from the newly developed Mosaic district that maintains all one needs for the staples of life plus the opportunities to dine and be entertained. 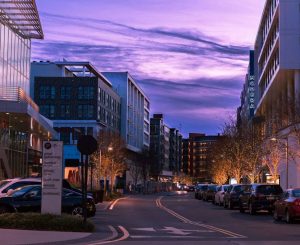 Student activities at the School of Medicine include a broad, diverse range of clubs, courses, and activities both relating to the curriculum and extracurricular in nature. For more information about SOM activities, see the SOM Student Clubs & Activities website. In addition, School of Medicine students have access to all University facilities, clubs, and creative or athletic activities and events. Learn more about the major types of activities included, below:

The University of Virginia has a long-standing tradition of student self-governance which at the medical school is the Mulholland Society. This organization includes all medical students, and promotes the interests and concerns of the student body.

The Mulholland Society also educates and informs students of national and regional events in the medical field and serves as an outlet for the academic, social, and athletic interests of medical students. Members of the Mulholland Society are elected to represent the School of Medicine on University-wide committees such as the Honor and Judiciary Committees and the Student Council.

The Mulholland Society serves as the coherent student voice. We endeavor to promote the various interests and concerns of all medical students to the faculty and staff of the Health System.

Furthermore, we seek to provide an outlet for academic, social, athletic and personal interests. We meet regularly, and our meetings are open to all students.

For additional information on Student Activities and Clubs, and to buy School of Medicine (SOM) Merchandise, visit the links below:

The University of Virginia Honor Code is at once an injunction and an aspiration. The injunction is simple: students pledge never to lie, cheat, or steal, and accept that the consequence for breaking this pledge is permanent dismissal from the University. It is for its aspirational quality, however, that the Honor Code is so cherished: in leading lives of honor, students have continuously renewed that unique spirit of compassion and interconnectedness that has come to be called the Community of Trust.

More information about the Honor System.

More information about the Honor Committee.

Diversity at UVA School of Medicine

The School of Medicine has a strategy of leveraging diversity and inclusion to drive our mission of excellence in the delivery of quality patient care, the conduct of biomedical research, and the training of health professionals.

For students, housestaff, faculty, staff and patients alike, we strive to foster a sense of community that values and takes advantage of our differences and similarities in gender, race, ethnicity, sexual orientation and beyond.

Go to SOM Diversity
In This Section
Menu