Knowing your current level of fitness and health is the first step in developing a plan for improvement. Visit the UVA Exercise Physiology Core Lab to..

We work with everyone from elite athletes to people just starting an exercise program. Use data to develop a plan, train smarter, and perform better. 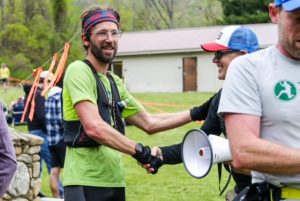 Watch a video on measuring fitness

[Arthur Weltman, PhD, Director, Exercise Physiology Core Lab:] Aerobic exercise tends to have the greatest cardiovascular benefit and there are a lot of clinical benefits to exercising. Your heart rate goes up, you start pumping more blood, there are a lot of changes that go on at the muscle. So you develop more of the energy components of the muscles, you dramatically lower the risk of developing diseases associated with cardiovascular disease. You reduce inflammation with a regular exercise program. I mean, clearly you shouldn’t start an exercise program if you have been sedentary and if you’re overweight, unless you’re cleared by your primary care physician. And often times we get referrals from physicians that want their patients to have a scientifically sound exercise program. So the fitness measures we look at are primarily what is called maximal oxygen consumption. Maximal oxygen consumption by definition is the highest amount of oxygen you can consume during a maximal effort kind of exercise bout.

[Shannon Slovensky, Research Assistant, Exercise Physiology Core Lab:] Room air has a certain percentage of oxygen, so what we do is measure the gases produced, the carbon dioxide produced by the body and therefore estimate how much oxygen her body takes in and uses during the exercise session.

[Arthur Weltman:] And the reason why we think that is important is because the muscles need oxygen in order to contract, the blood has to transport oxygen to the muscles and the heart has to pump blood. So maximal oxygen consumption is generally considered the gold standard for cardio-respitory or aerobic fitness.

[Shannon Slovensky:] Another popular assessment we do here in the lab is a body composition analysis. We use something called the bod pod. It’s basically a capsule that a participant would sit in for about 40 seconds, three different times. It estimates someone’s percent body fat or ratio of fat tissue to lean tissue in the body using body density.

[Arthur Weltman:] And from your body density, we can fairly accurately determine what percentage of your body is fat. So there’s another test that we do where we measure the blood lactate response to exercise.

[Shannon Slovensky:] That involves a maximal exercise test on either a bike or on a treadmill where we draw blood every three minutes. The benefit of drawing blood is to measure lactate.  When that lactate accumulates above resting levels, it can impair performance.

Arthur Weltman: We can then tell people what percentage of their maximal capabilities that occurs at and that allows us to help design very effective exercise protocol.