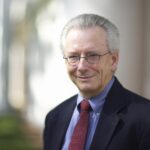 Professor Childress was the founding director of the Institute for Practical Ethics and Public Life and is the author of numerous articles and several books in biomedical ethics and in other areas of ethics. His books in biomedical ethics include Principles of Biomedical Ethics (with Tom L. Beauchamp), now in its 8th edition and translated into several languages; Priorities in Biomedical Ethics; Who Should Decide? Paternalism in Health Care; and Practical Reasoning in Bioethics.  He is also co-editor of Belmont Revisited: Ethical Principles for Biomedical Research (with Eric Meslin and Harold Shapiro), and Organ Donation: Opportunities for Action (with Catharyn Liverman). He received his B.A. from Guilford College, his B.D. from Yale Divinity School, and his M.A. and Ph.D. from Yale University.

Childress has been actively involved in several national committees examining ethics and public policy. He was vice chair of the national Task Force on Organ Transplantation, and he has also served on the Board of Directors of the United Network for Organ Sharing (UNOS), the UNOS Ethics Committee, the Recombinant DNA Advisory Committee, the Human Gene Therapy Subcommittee, the Biomedical Ethics Advisory Committee, and several Data and Safety Monitoring Boards for NIH clinical trials. He was a member of the presidentially-appointed National Bioethics Advisory Commission 1996-2001. He also chaired the Health Sciences Policy Board of the Institute of Medicine. He currently serves on the Committee on Equitable Allocation of Vaccine for the Novel Coronavirus at the National Academies of Science, Engineering and Medicine

He has held a Guggenheim Fellowship, an American Council of Learned Societies Fellowship, and a post-doctoral Liberal Arts Fellowship at Harvard Law School. In 2010, he was the Carey and Ann Maguire Chair in American History and Ethics at the Library of Congress.