Surviving Death, based on the book by journalist Leslie Kean, is now streaming on Netflix.  Episodes 1 and 6 in this documentary series explores the science behind what it means to die and the extraordinary truths behind near-death experiences and past life experiences. 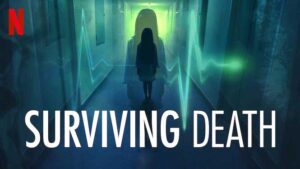 “A near death experience, sometimes called an NDE, is a profound experience that many people have when they come close to death. Probably between 10-20% of people whose hearts actually stop will report these dramatic near death experiences. Here at the Division of Perceptual Studies, we study the possibility that something about humans may survive bodily death.”— Bruce Greyson

Dr. Greyson’s research is featured in Episode 1 “Near-Death Experiences” and Dr. Tucker’s in Episode 6 “Reincarnation”. The UVA DOPS research was well-presented in Episodes 1 and Episode 6, and we encourage people to watch those episodes for an introduction to the research being conducted at UVA DOPS. 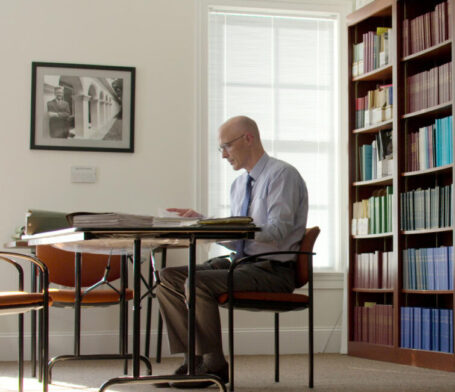 “While we may never fully solve the greatest of all mysteries – what happens after death – the evidence is starting to suggest that we might be part of a grander existence that we can’t fully fathom and our journeys continue long after we die.” — Dr. Jim Tucker

Dr. Jim Tucker is the Bonner-Lowry Professor of Psychiatry and Neurobehavioral Sciences at the University of Virginia’s Division of Perceptual Studies, as well as the director of the university’s Division of Perceptual Studies. In complement to his work as a child psychiatrist, Dr. Tucker’s primary research interests lie in children’s reports of past-life memories and studying them using an objective, scientific approach. This spring, his book BEFORE: Children’s Memories of Previous Lives, an updated 2-in-1 edition of his bestselling books Return to Life and Life Before Life will be released, exposing new audiences to extraordinary children who remember past lives. Learn more about Dr. Tucker. 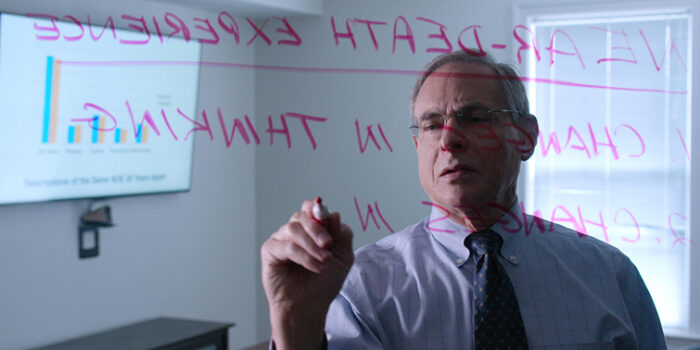 “Near-death experiences are subjective experiences that are very difficult for people to confirm objectively. And that raises questions for scientists. Many of the critics of this research complain that it is just anecdotes. But actually, when you look at the history of science all science starts with the collecting of anecdotes and then finding patterns among those different stories and there are millions of these experiences being reported across the globe.” — Dr. Bruce Greyson

Dr. Bruce Greyson is the Chester Carlson Professor Emeritus of Psychiatry and Neurobehavioral Sciences at the University of Virginia’s Division of Perceptual Studies. His interest in near-death experiences stems from an incident shortly after graduating medical school, in which a patient reported leaving her body while unconscious.  His new book, After: A Doctor Explores What Near-Death Experiences Reveal About Life and Beyond,  challenges our everyday ideas about our minds and our brains and offers key insights on how we can begin to live a more meaningful and fulfilling life. Learn more about Dr. Greyson.

The Division of Perceptual Studies was founded in 1967. With a legacy steeped in science, DOPS explores the relationship between brain and mind, survival of consciousness after death, the very nature of consciousness, and ultimately, what it means to be fully human.

DOPS tackles the complexity of what it means to be human– uncovering data and empirical evidence to illuminate our understanding of extraordinary experiences and phenomena.  Learn more about the research.

If you have an extraordinary personal experience to share that challenges commonly held notions of consciousness, please use the “Contact Us” button to document and share your experiences.

If you are a member of the press and would like to get in touch with Dr. Greyson or Dr. Tucker, please use the corresponding email addresses provided below:

Media Inquiries for Bruce Greyson’s NDE research, and inquiries about his book tour of “After”: cbg4d@virginia.edu

CONTACT US
In This Section
Menu
PSYCHIATRY AND NEUROBEHAVIORAL SCIENCES