Near-Death Experiences (NDEs) and other Spiritually Transformative Experiences (STEs) often initiate profound changes in the experiencer’s consciousness and life direction. This includes increased spiritual awareness resulting in positive change within their lives based on altruistic values and priorities. They act with loving compassion building a greater sense of brotherhood. Collectively the experiencers and research findings provide us the information needed for a cross-cultural revolution toward love and consciousness-based living, and a possible change in humanity at this time in history.

There is a rich literature on the neuroscience of consciousness that focuses on biological mechanisms of wakefulness and awareness of the physical environment. However, that 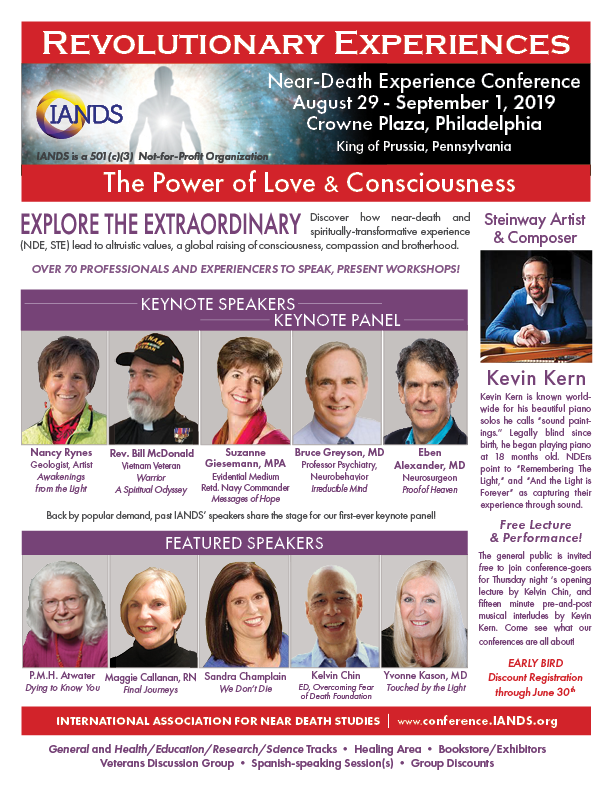 literature totally ignores and in fact, rejects the existence of a higher consciousness. Some scientists argue that, even if a spiritual realm existed, it could not be addressed by science. But the past century has seen a gradual recognition that science and spirituality are compatible and that only a marriage of the two can provide an accurate description of reality.