Dr. Hans Riddervold Has Helped People All His Life. In Coronavirus Times, He’s Stepped Up Again

Dr. Hans Olav Riddervold was imprisoned during World War II, was a field doctor during the Korean War, and has worked as a doctor in Norway, Japan, Ethiopia and the United States. Born in 1923 in a small town in northern Norway, Dr. Riddervold lived in Virginia and was on the faculty of the Department of Radiology and Medical Imaging at UVA for over 50 years. Now living back in Norway, he is rowing to raise funds for the Norwegian Refugee Council. 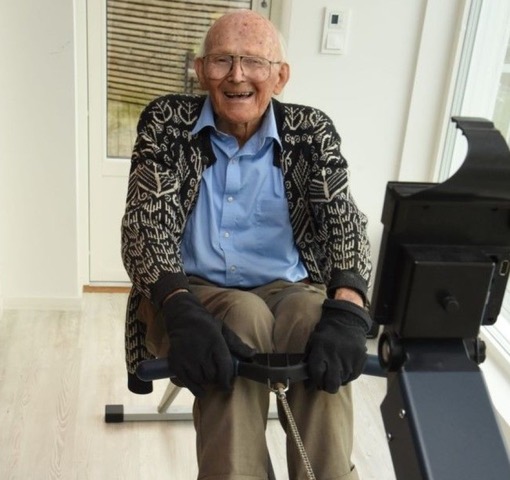 Dr. Hans Riddervold has devoted large parts of his life to helping others. When the coronavirus pandemic hit Norway, he rolled up his sleeves again and started rowing.

Life consists of small and big choices: some are planned while others just happen. Many of us live pretty ordinary, undramatic lives.

But when you take a closer look at Dr. Hans Olav Riddervold’s life, you see that he—based on his choices—has been significant to many people. And, even at the age of 97, he has the energy to continue doing what he lives for: helping others.

Let’s take a leap back to the beginning of Dr. Riddervold’s life. He was born in Kirkenes, a town in the far north of Norway next to the Russian border, where his father, Julius, was a doctor. On February 21, 1923, due to the bankruptcy of the town, the family moved to Sauda, a fjord town in southwest Norway.

“I grew up with three younger sisters, two of whom are still alive. To begin with, father was the only doctor [in Sauda] and he had very long working days, with many daily sick visits and only short breaks for lunch and dinner,” says Hans.

Then came the onset of World War II. After April 9, 1940, there were major changes in Hans’ life, including an occupation, misery, Nazis and Quisling.

“During the occupation, I lost my best friend who was torpedoed in the Atlantic. In addition, the head of the local factory, the father of a good friend, and another person who was the leader of a small group, were all sent to Germany where they died in concentration camps. In addition, two of my “friends” became Nazis, and both fell on the Eastern Front in German service with the SS. All of this left lasting marks on us and colored our lives. That said, Sauda was a good place to grow up and I had good parents.” says Hans.

The Accident in the Workshop

When World War II began, Hans had to move to Lillehammer, a town in central Norway famous as the site of the 1994 Winter Olympics, to receive his examen artium, which was academic certification qualifying students for university in Norway at the time. There were more Germans in Lillehammer than Norwegians.

“I was to take an exam in German in 1941 and during a break I ‘bumped’ the shoulder of a German and ended up being imprisoned for two days, plus being banned from school for two weeks. The same thing happened to two people who printed the English Royal Air Force’s motto of choice – per ardua ad astra –  on their jackets. In 1942, all the teachers were sent to Kirkenes as punishment and the schools closed. I did not have good enough grades in Norwegian and had to take examen artium again in 1943.”

Shortly afterwards, Dr. Riddervold returned to Sauda and got a job at a workshop. On April 1, 1944, he partially cut off his thumb. He put the injured thumb in his mouth and cycled home where his father sewed it back together. 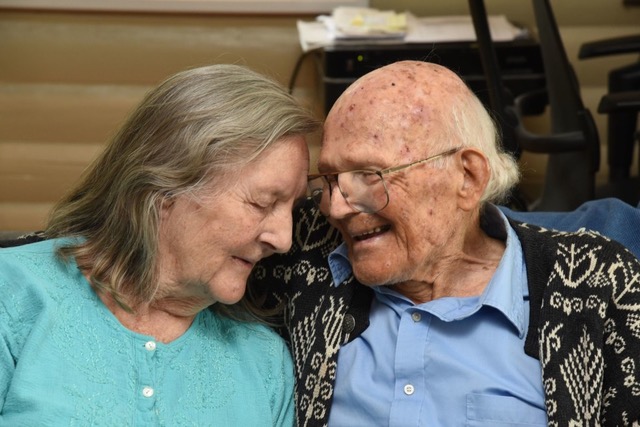 After 50 years in the USA, Hans Olav chose to move back to Oslo for the sake of Anna Greta.

Hans smiles a lot when he thinks back to his past and says he could fill a book with everything he has to share.

In September 1944, he fled to Sweden using a fake passport with the name Ola Revhaug. He eventually made his way to Britain. He recalls the specifics of those times: the fear of informers, days spent in a cabin in the woods at the border, the internment camp, and a flight to Scotland.

Everything is clear in Dr. Riddervold’s memory. “I remember clearly when peace came while I was in Edinburgh, on May 7, 1945. Officially, the peace started at one minute past midnight on May 9. But we felt it earlier. We then went home to Norway with a troop transport ship from the port city to Glasgow and had a destroyer on each side on the journey over to Norway. When we came up the Vestfjord into Tjeldsundet way above the Arctic Circle, we had the midnight sun! Norwegian flags flew on both sides of the fjord. Norway was free! Just to think, that I experienced this.” 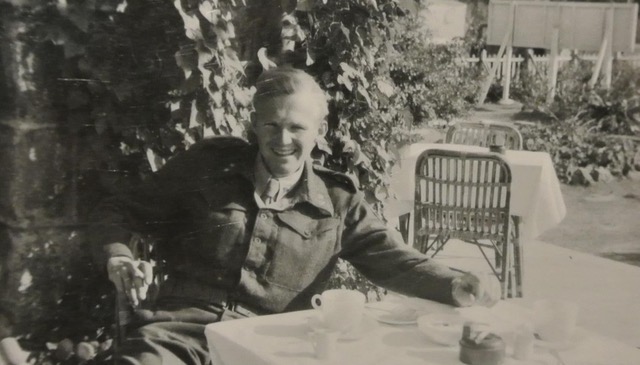 Hans Olav in Suez, where he served as a field doctor.

Working as a Field Doctor

In 1951, Hans received his degree in medicine. In the meantime he had also married and he and his wife had three daughters.

“When the Korean War began in June 1950, I decided to travel down and contribute as a field doctor”, the 97-year-old says. “When I think back, I remember a lot that was heavy and difficult, but first and foremost in my memory are the good experiences. The people we saved and helped.”

Dr. Riddervold returned to Norway where he started as a doctor at Lovisenberg Hospital in Oslo. There he furthered his education in radiology.

“In 1956 I was sent to Suez during the Suez crisis. After that I was, for a period, chief physician in Hammerfest in northern Norway, where they always lacked radiologists. In 1959 I returned to Korea and Seoul where I worked at a university hospital established by Scandinavians.”

His marriage was challenging, but Hans Olav emphasizes that he was terribly fond of his three girls. When he returned to Korea to work, the plan was to stay there for a year. His work contract was then extended and along the way he met the Swedish nurse Sigrid Anna Margareta Wallin, or Anna Greta, as she was known. The situation was complicated, he admits.

While he returned to Sauda and became head of the radiology department, Anna Greta went on to Ethiopia to work at a hospital run by Swedish development aid. After Hans Olav and his first wife divorced, he and Anna Greta married halfway between Addis Ababa and Norway—Rome. He then went to join her in Ethiopia.

“It was a fantastic time when Haile Selassie was still emperor and leader of the country.” says Hans.He recounts their story since Anna Greta has had a somewhat impaired memory in recent years. But when we talk about their meeting, she remembers and a lovely smile spreads over her face. “I was very in love with him, and I still am. “ she says, and puts her head next to his.

A Vineyard in Virginia

When Hans and Anna Greta left Ethiopia in April 1965, they had started a small family and had a son, Julius. They moved to Charlottesville, Virginia, where they lived for 50 years. They subsequently had two more children, Leif and Anna Maria.

In addition to Hans working as a radiologist at the University of Virginia School of Medicine in Charlottesville, Hans and Anna Greta also bought a winery that they called Vinland Vineyards. 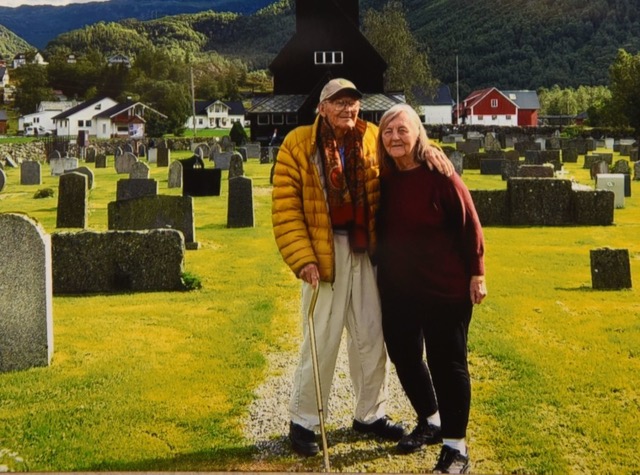 The Riddervolds have been together for almost 60 years.

“When my daughter and her husband asked if we would come and live with them here in Oslo, I had to think carefully. I decided that moving there was the best thing for Anna Greta, so that’s what we did. When you are a husband and wife, you have to take care of each other,” Dr. Riddervold says.

Now they spend wonderful days at home with their extended family. And Hans Olav has started a new adventure – rowing to earn money for the Norwegian Refugee Council.

“It is quite incredible that at the age of 97, I can still help,” says the lively 97-year-old. “Since starting, I am approaching having rowed 500 kilometers, which earns donations for the Council. I cannot stop now.”