Professor of Neuroscience and Cell Biology 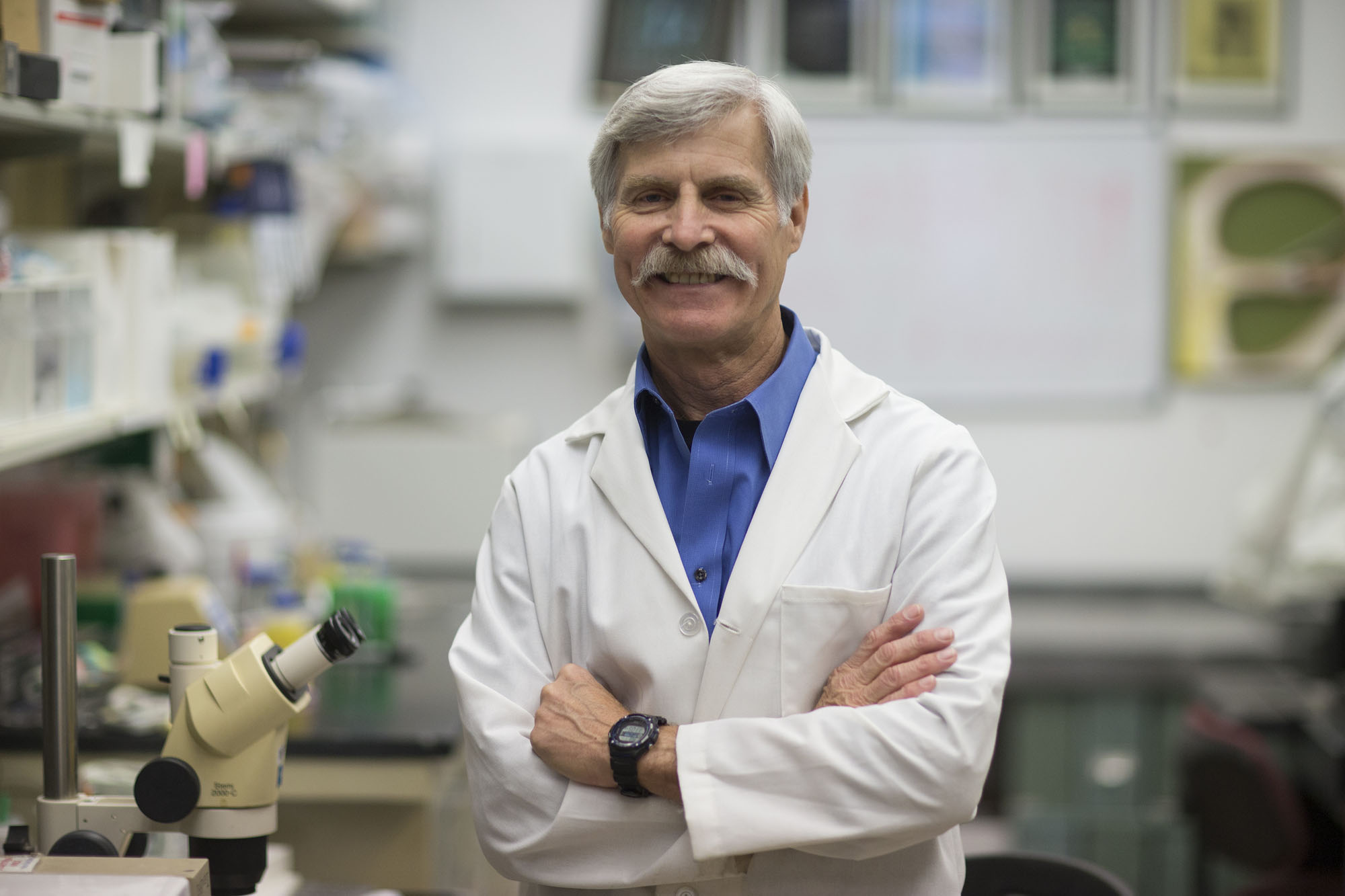 The permanence of neuronal loss makes deafness, blindness, stroke, Alzheimer’s disease, and other neurological disorders so devastating, but in some vertebrate species injury to the nervous system is followed by dramatic recovery of function. We are investigating mechanisms for preventing loss of neurosensory cells and mechanisms for regenerating replacements after loss.

Over 17 million Americans have significant hearing deficits from loss of sensory hair cells, the acoustic receptors in the ear. Those losses have been considered permanent in humans, but that is not the case in other species. Sharks and other “cold-blooded” vertebrates add sensory cells to their auditory detectors throughout life, and the auditory detectors in the ears of birds, members of a “warm blooded” class, are regenerated on demand, leading to recovery from kinds of deafness and balance disorders that are permanent when they occur in humans. We were recently encouraged to discover that sensory hair cells can be repaired or regenerated in the balance organs of mammals, even though that occurs at a low rate. Our current work stems from that discovery.

Those discoveries have allowed us to begin to identify the triggers which control cell replacement in that part of the nervous system. In addition, our work has expanded with the discovery of a growth factor treatment that protects hair cells from drugs that normally cause their death. Cell and organ culture, immunocytochemistry, molecular biology, time-lapse video microscopy, laser microbeam cell surgery, eletrophoresis, scanning and transmission electron microscopy, electrophysiology, intracellular injections, and microsurgical methods are used in our investigations in projects involving chicks, mice, guinea pigs, human tissues, salamanders, and sharks. Working with biotechnology companies we have identified growth factors that promote the regenerative process and we are seeking others which may further enhance the low level of cell regeneration that can occur in mammals. Successful results could significantly improve the quality of life for many people who have sensorineural hearing losses and balance disorders that are currently considered irreversible. In addition, studies of the relatively simple and defined neurosensory structures of the ear may lead to information that could be useful in attempts to regenerate other elements of the nervous system.