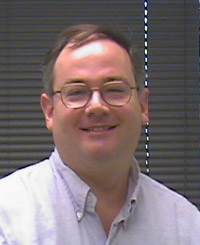 My laboratory is interested in understanding the pathogenetic mechanism of Huntington’s disease (HD). HD is a dominantly inherited neurodegenerative disorder that affects about 1 in 10,000 people in the United States. In the most common form of the disease, onset occurs between the ages of 30 and 50 with symptoms that include involuntary movement (chorea), cognitive deficits, and dementia. There is no known effective therapy and disease progression over a 10-20 year period ends inevitably in death. The mutation causing HD is an expansion of CAG triplets located near the beginning of the coding region of the IT15 gene. The CAG triplets encode a stretch of polyglutamine that confers a new deleterious function on huntingtin, the protein encoded by the HD gene. Using the mouse as a model system, we are studying the consequences of expressing mutant forms of huntingtin and inactivating HD gene expression in selected tissues at different developmental times. Recently, we have developed conditionally mutant mice that have lost huntingtin expression in the forebrain. These mice exhibit a progressive neurodegenerative phenotype that resembles what is observed in mouse models expressing the mutant form of huntingtin. We are currently investigating the possibility that the HD mutation may also act in a dominant negative fashion, resulting in the loss of huntingtin’s normal neuroprotective functions.