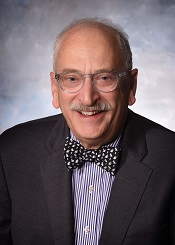 Shep Hurwitz, MD grew up in New Rochelle, NY and went to Columbia College then Columbia University College of Physicians & Surgeons for his BA and MD. He was a college fencer on a team that won two NCAA championships.

Dr. Hurwitz spent two years in Charlottesville after medical school as a general surgery resident (1976-1978) and then Orthopaedic Residency in New York City at the New York Orthopaedic Hospital. He completed one year of adult and pediatric foot/ankle training at the Hospital for Special Surgery in New York City then another year of biomechanics and fracture surgery at New York Hospital/Hospital for Special Surgery. He joined the UVA faculty in 1994 and was the chief of the Foot/Ankle division of the department.