Dural malformations, with or without associated AVM’s are uncommon lesions. Optimal treatment is unknown at this time, however reasonable cure rates can be achieved with smaller lesions using Gamma surgery. Larger lesions, unless wholly inoperable, should be managed with at least partial open surgical or endovascular treatment prior to radiosurgery.

Fifty-eight dural malformations have been treated by us with Gamma surgery. The incidence of cure decreased with increasing length of the fistula. Of the 19 fistulas under 15mm in length, 10 had angiographic follow up and 7 (70 percent) were cured.(fig 10 ) Of those between 15 and 25mm in length 6 had adequate follow up and 3 were obliterated. There were 14 patients with lesions greater than 25mm in length and 7 had angiograms of which 5 were cured.  Three patients hemorrhaged after treatment (none with neurological deficit). Two of these patients’ fistulas are still patent.

Gamma surgery has been demonstrated to produce excellent results for selected AVM’s.  However, there have been scattered instances of delayed cyst formation years after treatment of an AVM with the Gamma Knife.  We have recently reviewed two cases of dural AVM’s treated with Gamma surgery and observed cyst formation at 153 and 157 months after radiosurgery.  In these two cases, the doses to the margin were 20 and 23 Gy, and the maximal doses were 30 and 32 Gy.  Both patients were neurologically asymptomatic from the cyst formation.

Large symptomatic fistulas require prompt intervention, presently endovascular treatment is often employed. Ideally treatment would obliterate the fistula while maintaining patency of the carotid artery. This is often not possible with endovascular techniques and certainly not with open surgical therapy.

We have treated nine patients with carotid cavernous sinus fistulas using Gamma surgery. The age range was 20 to 62 years. There was no acute reversible symptomatology in these cases. Six of these patients have follow-up angiography and five were found to be cured while maintaining the  patency of the carotid artery. Gamma surgery should be considered in the treatment of this entity when acute ablation of the fistula is not mandated by the clinical syndrome, and the eye is not threatened with excessive intraocular pressures.

We have treated nine patients with vein of Galen malformations. The patients ranged in age from 4 to 72 years of age. Among these patients, there were three with Yasargil Type I, one with Type II, tow with type III, and three with type IV malformations.   Prior embolization had failed in four of the cases.  Three of the vein of Galen malformations were treated twice with radiosurgery.  Follow-up angiograms were obtained in eight of the patients treated.  Four malformations were completed obliterated (Fig.11).  Another one seems to be obliterated but definitive confirmation could not be obtained as the patient refused a final angiogram.  Another patient has some residual fistula not in the initial radiosurgical treatment field and has been retreated.  Two other patients had marked reduction of flow through their malformations.

The success of treating AVM’s prompted the treatment of cavernous hemangiomas (angiographically occult vascular malformations, AOVM) with the Gamma Knife. Their tendency to be small in size, with the lack of intervening normal brain tissue and relatively low rate of clinically significant hemorrhage made cavernomas a natural target for the Gamma Knife. The rate of hemorrhage for cavernomas is widely disparate in the neurosurgical literature reported as between 0.1 and 32%. This is largely due to semantic differences in defining a hemorrhage with some authors counting the presence of a haemosiderin ring on MRI as evidence of a hemorrhage and others only recognizing hemorrhages brought to attention by neurological changes.

Gamma surgery of cavernous malformations appears to have a histological effect on them which is not evident on imaging studies. In a case reported earlier, a Gamma surgery treated cavernous hemangioma followed for five years showed no change on MRI studies. Histologic examination following surgical removal of the lesion showed it to be partially obliterated.(fig 12)

Nine symptomatic hemorrhages occurred in this group after therapy for an annual incidence of 8%. Four of these patients were subsequently operated upon.  There was a statistical trend (p=0.17) for higher peripheral dose to be associated with greater likelihood of post-treatment hemorrhage. There was no relationship between lesion location and occurrence of hemorrhage.

The high incidence of post treatment hemorrhage and radiation induced complications is greater than the expected morbidity from an untreated group. For this reason the routine use of the Gamma Knife in the treatment of cavernous hemangiomas cannot be supported at this time.

There have been observations in literature that demonstrate a protective effect of Gamma surgery on the rate of hemorrhage in these lesions. Based on 38 cases with AOVMs, Kondziolka et al. maintain that radiosurgery offers benefit to these patients. They report that 6 patients (15 %) had significant reduction in size with a 13% hemorrhage rate; 10 of the patients (26 %) developed neurological deficit, 2 of these underwent surgery and succumbed to the illness. The rate of complications reported by them in the face of the fact that only 15 % of the patients in this series had any reduction in the size of the lesion does not, in our opinion, constitute grounds for justifying radiosurgery for an AOVM. Furthermore, their contention that the complications reported by us may in part be due to the high doses used in treatment does not get support from their statistics with a lower dose.

These 38 patients were a part of a later report on 47 patients from the same authors detailing the outcome. They found a post radiosurgery annual hemorrhage rate of 8.8% which if compared to the risk reported by the same authors at 0.6% to 4.5% is high, even if the difference is not statistically significant. They chose however to compare their post radiosurgery hemorrhage rates with the pre-radiosurgery rate in the same subjects making the assumption that the rate could be based on an epoch starting from first observation or first hemorrhage. This is fallacious since the malformation was present before the presenting hemorrhage and most likely from birth. Recomputed on this basis the pre-radiosurgery annual bleed rate comes to 5.9%, which is more congruent with the expected natural history. Once again the incidence of hemorrhages post-radiosurgery seems spuriously higher. A more recent report from this same group on a larger cohort purports a reduction in hemorrhage rate following radiosurgery and a radiation induced complication rate of 13.4%.  Other respected groups have not observed the same protective effect following radiosurgery for cavernous malformations.  It is certainly unlikely that radiosurgery would increase the propensity or frequency of hemorrhage.  It certainly seems to offer minimal to no protection from hemorrhage and is associated with a high risk of side-effects.  We advocate that cavernous malformations should only be treated if patients are suffering from repeated seizures, hemorrhages, or progressive neurological deficits, and, if treatment is needed, surgical resection is the best option at present.  The future will reveal the ultimate usefulness of Gamma surgery for cavernous malformations.

The natural history of developmental venous anomalies (previously named venous angiomas) is benign and clearly not a surgical lesion. Prior to clear elucidation of this prognosis, 19 patients were treated for this entity by us. One patient was cured and three were partially obliterated. Three patients suffered radionecrosis, and one had symptomatic edema. One patient with radionecrosis underwent subsequent debridement. A five percent cure incidence with a thirty percent complication incidence for a benign entity is unacceptable. 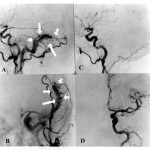 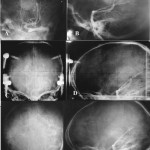 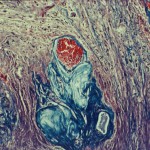