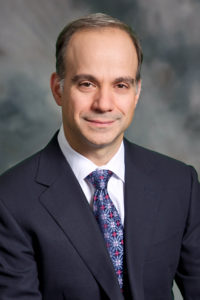 Alloimmunity in Transfusion and Transplantation , Oxidant Stress Biology in Health and Disease

Of all the different cell types in the human body, red blood cells (RBCs) are the most frequent by far, constituting 83% of all cells in the body (on average, 25 trillion cells per person). While RBCs are arguably amongst the simplest of cells (no nuclei, no ribosomes, no mitochondria) it is an error to relegate them to the status of being simple “bags of hemoglobin”, as is often done. Rather, RBCs have complex metabolic regulatory pathways that allow them to survive 120 days with both an intense oxidative challenge (owing to the 1 billion atoms of iron contained in each RBC) combined with the inability to synthesize new gene products. Since they have no mitochondria, the pentose phosphate shunt is the only source of NADPH in RBCs, which is required for essentially all anti-oxidative pathways. It is for this reason that G6PD deficiency, which is the most common human enzymopathy (found in over 400 million humans) can cause acute hemolytic disease when individuals are exposed to oxidative stress through illness, food, or drugs. The prevalence of G6PD deficiency is thought to be due to conferring a resistance to malaria. Ironically, however, G6PD deficiency makes patients unable to take the only class of drugs capable of clearing plasmodium vivax from the hepatic phase (i.e. 8-aminoquinolines, such as primaquine and tafenoquine). Thus, this deficiency that was helpful against plasmodium in our evolution is now prohibiting pharmaceutical based efforts at eradication.

In addition to their roles in gas exchange, RBCs have particularly interesting and odd properties as immunogens.   A common narrative is that when transfused with RBCs that have foreign antigens, patients make alloantibodies, and then cannot be given transfusions with RBCs that carry the antigen (i.e. incompatible blood). While this certainly occurs, and causes much trouble for the blood bank when it does, it is in many ways the exception rather than the rule. In addition to the well-known ABO antigens, there are over 340 blood group antigens on human RBCs. Thus, every time someone receives a transfusion (1 in out of every 70 Americans each year), then they are exposed to a panoply of alloantigens. And yet, despite chronic transfusion, only 3-10% of people ever make an alloantibody. However, for those who do make an antibody, then they are likely to make another, and another, and another if they continue to be transfused. Why patients tend to fall into the categories of “responder” vs. “non-responder” remains largely unknown.

The idea that one cannot be transfused with incompatible blood is often taught, and often untrue. It is well known that alloantibodies against certain blood group antigens essentially never results in hemolysis upon transfusion “clinically insignificant antibodies” – in these cases, the blood bank routinely issues incompatible blood. However, alloantibodies against numerous “clinically significant” antigens (e.g. RhD, C, c E, e, K, k, Fya, Fyb, etc. ) are always respected and blood incompatible for these antigens is essentially never transfused. However, this is not because such alloantibodies are always hemolytic. On the contrary, incompatible blood in these situations may undergo brisk hemolysis in some patients and have no detectable hemolysis in others. Even for the ABO system, the big bad wolf of incompatible transfusion, as many as 50% of incompatible transfusions (there are medical errors) result in no detectable hemolysis and good therapeutic increases in RBCs. In such cases, the RBCs are bound by alloantibodies, and yet circulate with impunity. Amazingly, the antibodies don’t just stay on the RBCs, but they somehow alter the antigens such that the RBCs are rendered antigen negative but without being damaged (i.e. “antigen-loss” or “antigen-modulation”).

Red blood cells have additional odd properties as immunogens as well. A primary immune response against transfused RBCs can be first detectable as long as 6 months after transfusion and even then rise to very high titers. Unlike long lived humoral responses to viral infections, which can last a lifetime, alloantibodies have a much greater tendency to fall off (evanescence), often to undetectable levels within months to years after immunization.

One of the ambitious goals of immune tolerance therapy has been the selective elimination of immune reactivity to a given antigen, while leaving the rest of the adaptive immune system intact. Arguably the first, and still one of the only successful drugs to do so is anti-D (often called RhoGAM in the USA). Anti-D is simply purified alloantibodies from humans who have previously been immunized to RhD – it is concentrated, pasteurized, and then injected (i.m.) into RhD negative woman who are carrying RhD+ fetuses. This treatment prevents RhD negative woman from becoming alloimmunized to fetal RhD+ RBCs, thus preventing hemolytic disease of the fetus and newborn. Early on, anti-D was harvested from women who had previously been alloimmunized during pregnancy – however, anti-D works so well that women no longer become alloimmunized to RhD, eliminating the source of the drug. Thus, current anti-D programs purposefully immunize males and harvest their plasma to manufacture anti-D. Despite decades of study, no one knows how anti-D works, but it is neither through elimination of RhD + RBCs nor masking of RhD antigen. Perhaps this lack of understanding is why numerous attempts to develop monoclonal anti-D have all failed in human trials.

Over the last several years, in active collaboration with Dr. John Luckey and Dr. James Gorham, we have developed a series of novel murine models of RBC metabolism, G6PD deficiency, immune response to RBC alloantigens, and anti-D. It is thus very fortuitous that in the last decade, Dr. Gorham and Dr. Luckey, and now my group (Zimring lab) have each joined the UVa school of medicine. Combined with other groups focusing on RBC biology (e.g. Dr. Goldfarb) and with other talent in transfusion and blood biology already at UVa, there is an aggregate synergy around advancing our understanding of Transfusion Medicine, RBC biology, and Transfusion/RBC immunology. At the cost of wonky pathology humor, it is an agglutination of RBC talent and interest.

Research Areas and Recent Publications (out of 140 total papers):

Basic, translational, and clinical studies of alloimmunity to transfusion and transplantation

Biology of oxidative stress in red blood cells and platelets