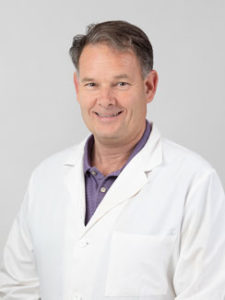 Generation of vaccines to tumors

The focus of our work is on the use of dendritic cells (DC) as immunotherapeutic vaccines against melanoma and other malignancies. DC are extremely potent antigen presenting cells (APC) that express MHC class I and class II molecules and an array of costimulatory molecules that are required for the activation of naïve T cells. Thus, DC make ideal candidates as vaccine delivery systems for the generation of immune responses against tumors.   Recent studies have demonstrated that many patients make immune responses against their tumors, though they usually ultimately fail to control tumor outgrowth.  Extensive investigations have identified many of the proteins that are the targets of these immune responses, and further defined the MHC class I and MHC class II-restricted peptides derived from tumor antigens that are presented to cytotoxic CD8+- and helper CD4+ T cells respectively.  DC pulsed with such peptides are the basis of the vaccines that we are currently studying.
Recent studies in our laboratory have indicated that mice immunized with both MHC class I- and class II-restricted peptides derived from an antigen expressed by tumor results in greater control of tumor outgrowth as compared to mice immunized with the MHC class I-restricted peptide alone (Hwang et al, 2007).  Further studies have indicated that tumor-specific memory CD4+ T cells enhance the activation, differentiation and, in particular, the infiltration of tumor by secondary CD8+ T cells.  As a consequence of this, we are currently studying:

As a consequence of our interest in how CD4+ T cells influence CD8+ T cell responses to tumor, our lab has also shown that one of the essential consequences of “licensing” DC via CD40-mediated stimulation is the upregulation of the TNF-superfamily member, CD70 (Bullock, 2005).  We have found that the expression of CD70 on DC is not only a biomarker of potently activated DC, but the costimulation rendered by CD70, via its receptor CD27 (which is expressed on most naïve T and B cells, and a subset of NK cells) strongly influences both CD8+ T cell and CD4+ T cell responses to DC vaccines.  Current projects in the lab involve:

As part of our interest in developing effective immune responses against tumors in humans, our lab is currently studying the phenotype and functionality of CD8+ T cell and CD4+ T cell responses elicited by peptide+adjuvant vaccines administered to melanoma and breast cancer patients at the University of Virginia.  By understanding the extent of activation and differentiation of the responding T cells, both in blood and in the tumor, we hope to determine whether any deficiencies exist in the patient’s T cell response, and whether additional interventions may overcome such deficiencies.

PubMed Listings for this Faculty Member